While there he learned valuable lessons in cultural exchange and how to make fermented tropical fish paste palatable. After a year substituting in American schools, Trevor is on bees knees looking forward to teaching Social Studies at a New York City secondary school. Jonathon is from Owensboro, Kentucky and received a B.

He served as a Peace Corps Volunteer teaching high school mathematics in Mozambique He is ready for the exciting transition from rural Mozambique to urban education in NYC. Jonathon looks forward to utilizing his cross-cultural skills and passion for social justice to ignite enthusiasm for science in his future students. He plans on teaching high school chemistry. From March June , David served as a Youth Development Volunteer in Eastern Ukraine where he lived and worked alongside year-old students in a rural boarding school.

After leaving Peace Corps, David worked on staff for two years at the national non-profit City Year in Miami, Florida, where he leads teams of AmeriCorps volunteers through a year of in-school service providing targeted, small-group instruction and intervention to Miami's most under-resourced schools. David is excited to carry on his family's legacy of a strong commitment to civil service and public education. Martin was born in Los Angeles, California on October 9th, His parents, Martin Sr. He spent the first years of his life living in Compton, California, before moving to South Los Angeles when he was in the fourth grade.

It was here where he encountered one of the teachers which first greatly influenced his life, Mr. Cooke, and began showing him that a teacher must be a moral leader as well as an educator. Martin later attended the California Academy of Mathematics and Science, a magnet high school created for students who strived towards higher education.

Through his lessons and constant push to put students first, Mr. He was the reason that Martin Castro chose a career in education, and Mr.


Denman continues to be a source of support and inspiration. After receiving his degree, he joined the thousands of other proudly-serving Americans and became a part of the Peace Corps. He served as a Teacher of English as a Foreign Language in Ukraine for three years, educating primary, high school, and university students on a myriad of topics and lessons. After returning home, Martin most recently worked as a substitute teacher before being accepted into the Peace Corps Fellows Program.

After earning her BA in Classics, Jillian worked as an English tutor at a community college and in area middle schools with after-school and at-risk youth programs. After the realization that she actually really liked working with middle schoolers, Jillian joined the Peace Corps. Her experiences in Peace Corps cemented her love of teaching. Jillian believes education extends far beyond the classroom walls and looks forward to becoming an active member of the New York City community.

Heather is from the small town of Grass Lake, Michigan.


As a volunteer, Heather taught mathematics, history, and English, as well as advised the student Language Club and coached volleyball. As a Peace Corps Fellow, she hopes to create a learning environment that inspires critical analysis and civic mindedness while teaching social studies in New York Public Schools. He worked as a substitute teacher and volunteer coordinator before serving as a Peace Corps Volunteer in Albania. As a Peace Corps Volunteer, Dennis taught English language and American culture classes at the university, secondary school, and primary school level.

He also assisted with English teacher trainings, youth leadership camps, extracurricular English courses, and the creation of school libraries. Dennis hopes to empower learners in New York City as a teacher for students with disabilities as the childhood level. John is from Deerfield, Illinois, a suburb of Chicago.

After receiving his B. Following this, John served as a Peace Corps Volunteer for two years in Burkina Faso as a secondary math and computer teacher. John has a passion for math and education, and believes he can make mathematics an exciting and fun subject for any student. Whitney grew up in Sebastopol, a small town in Northern California. During Whitney's Peace Corps service in Kenya she taught at an elementary school for the Deaf where some of the cutest kids in the world live and play.

In addition to teaching, she helped plan and install a water well, led staff and parent education programs, and learned to laugh at herself more than she ever thought possible. After completing her service in late , Whitney lived in Oregon and worked as a nanny, spending her days with more incredibly adorable children.

She hopes to create a classroom community in New York City where students develop an appreciation for literature, as well as each other and the world around them. Prior to his service, Steve worked as a youth care worker at a group home for adjudicated youth and youth in care and protection. Lucia from , where he worked to develop a life skills curriculum for primary school students around the island.

Outside of his primary assignment, Steve designed and implemented service learning activities, helped to develop a borrowing library, and facilitated a chess club at the Babonneau Primary School. As a Peace Corps Fellow, Steve is excited about the opportunity of teaching in New York City, and hopes to be able connect with his students and encourage them to think critically about the world. There, she served as an Environmental Educator working primarily in the local elementary schools, though her favorite activity was her all-female volleyball league. She looks forward to teaching Bilingual Education at the elementary level this coming fall.

Starlight is from Deadwood, Oregon. I would like to teach High School Social Studies. I believe learning about other cultures and people is one of the most important things in life. It will help us understand that in essence we are all the same. Since earning her bachelor degrees in Psychology and Drama from the University of California, Irvine, Tiffany has spent the majority of her time in the field of International Development beginning with three years of service with the Peace Corps in Mozambique. While in Mozambique, she co-founded a non-profit learning center that used the creative arts to teach vulnerable children about HIV care, prevention, and stigma.

Tiffany is passionate about issues affecting access to education, therefore working with both inner-city youth with special needs is a two-fold intervention that inspires her. Samieh is from Covina, California. As a Mexican-Arabic American, cross cultures exchanges have always captivated the young woman which inspired her to apply in the Peace Corps. After a prolonged acceptance, she severed as a Youth Volunteer residing in a rural village of Dublanc, Dominica.

She also promoted the importance of literacy by co-teaching remedial reading and overseeing the Dublanc Primary School library reestablishment. She hopes to inspire her students that the sky is the limit no matter the barriers they may encounter.

Shanice is originally from Chicago, IL. Shanice served in the Dominican Republic as a Community Economic Development volunteer, working with small businesses in the ecotourism industry. Shanice has spent nearly seven years in Los Angeles working in the entertainment industry. She looks forward to starting her career in public service, working with children as well as living in New York City. While in Peru, Christie taught English classes, led workshops on healthy lifestyles, and worked very closely with a local special education school. As part of the cohort of Peace Corps Fellows, Christie looks forward to delving deeper into the study of special education and gaining valuable teaching experience in New York City schools.

She dreams of someday running an Expeditionary Learning school where diverse learners are truly welcome. In the Peace Corps, she served in the Republic of Macedonia from to , primarily working with English teachers and students at a large multi-ethnic high school. As a Peace Corps Fellow, she looks forward to teaching social studies at the secondary level. Jane believes that a broad world view and deep understanding of the history, geography and cultures of all corners of the world are vital to understanding and appreciating one's own community and heritage, and hopes to inspire in her students a passion for the many elements of social studies.

While in the Peace Corps, she served in the southern African country of Lesotho, teaching middle and high school English Language and Literature. Andrew grew up in the small farm town of Snohomish, WA, north of Seattle. After attending Santa Clara University in Northern California, he took his degree in biology to Mbeya Region, Tanzania as a secondary school biology teacher for Peace Corps and a private school just across the river from Malawi.

In addition to teaching, he found great joy in secondary projects such as Girls Empowerment Conferences, installing water pipes and taps at a nearby school, and moderating English debate clubs.

A travel and culture enthusiast, Andrew is excited to bring his passion for inspiring youth and desire to serve to the diverse and vibrant classrooms of New York City. She has worked in various educational institutions that seek to combat educational inequality and expose students regardless of their financial status to quality education. She assisted her organization by conducting various capacity building workshops and created educational programs for a small rural community library.

Kiera plans on teaching High School English in her hometown: the Bronx. She hopes to inspire her students to appreciate the power of literature and encourage them to become more invested in making positive contributions in their community. Jordyn was raised in a military family, and has moved around his entire life.

He was born in Greece, but spent most of his childhood in upstate New York. He intends to teach middle school English through the Peace Corps Fellows program. His primary career goal is to empower youth to become more active and contributing citizens in their immediate and extended communities. Megan comes all the way from East Glacier, a small reservation town on the border of the Blackfoot Nation and Glacier National Park in northern Montana. She attended the University of Montana and earned a B. After graduating college, she moved to southern Spain to work as an English teacher in a Spanish primary school.

Deciding that teaching and traveling was pretty cool, she applied to the Peace Corps and served two years in Tejen, Turkmenistan, where she taught English at two local schools and ran a free learning center for community members and teachers. After Peace Corps, she returned to Montana to earn her secondary teaching credentials in English and Spanish.

In New York City, she looks forward to working in the classroom of a duel language or international school, as well as hopefully contribute to the development and progress of bilingual education in the U. Patrick is from Sacramento, California and attended the San Francisco Art Institute, where he studied photography, and the University of California, Davis, where he studied art history. In the Peace Corps, he assisted in the creation of a cultural art museum and taught English classes to artisans.

He was also a health educator and photographer for Plan International. For the past two years, he has lived in Ossining, New York with his wife, Stella. Patrick plans to draw from his history, art, and museum background to teach secondary Social Studies. Patrick is from St. 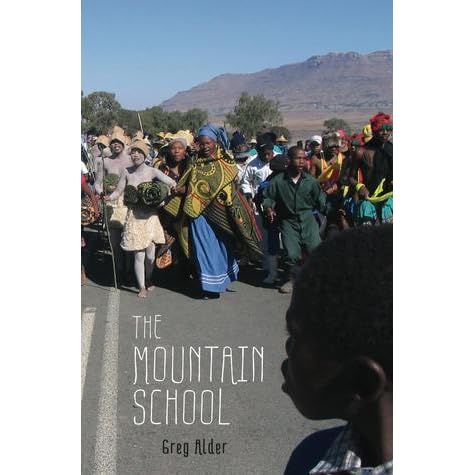 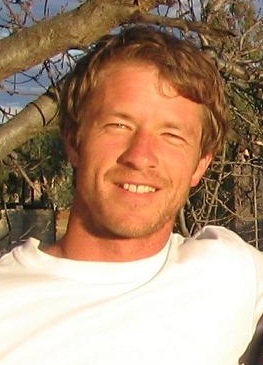 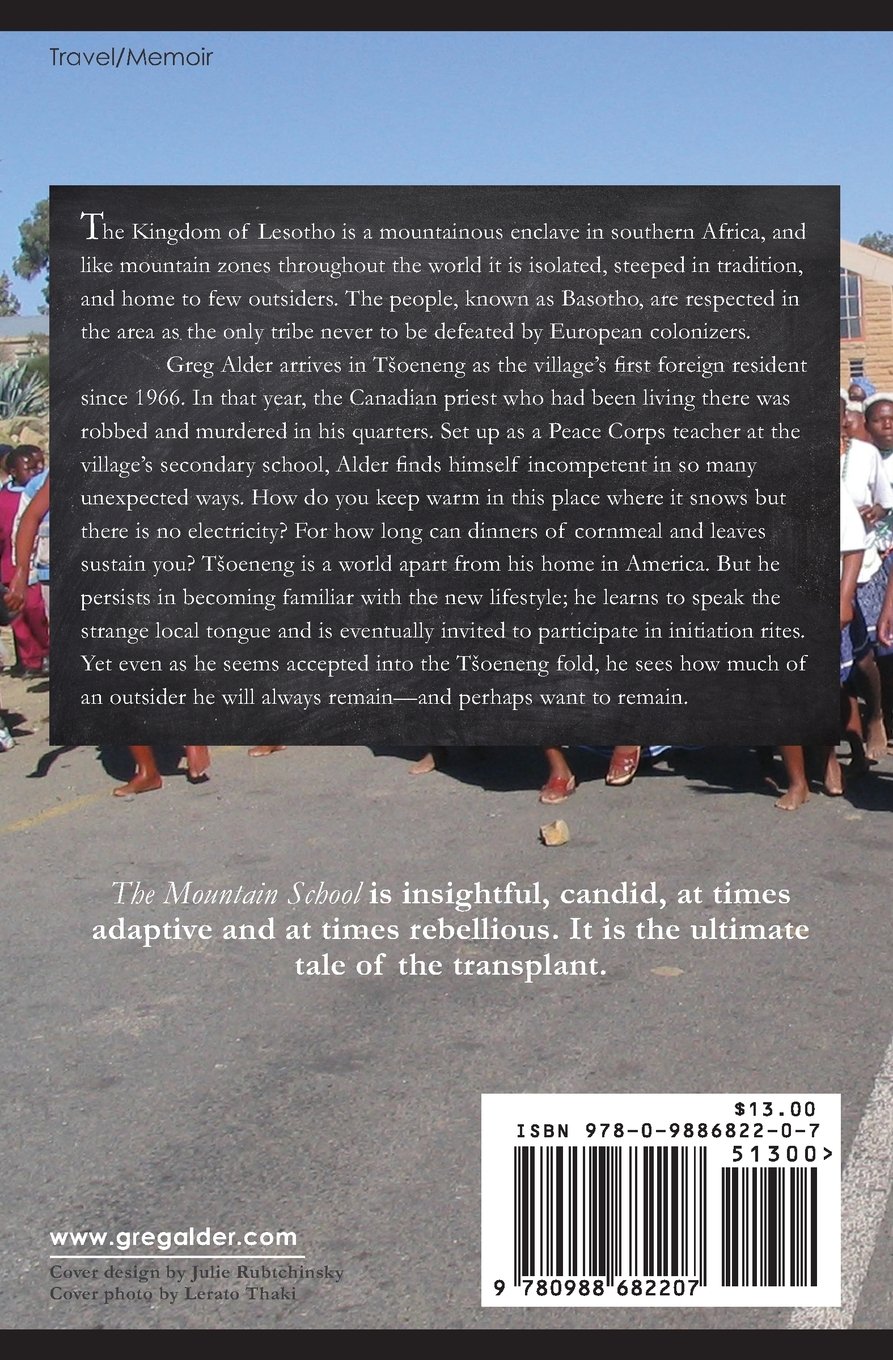