Evertime I go shopping I end up with pockets full of the useless buggers. A bulging pocket full of them won't even buy a bar of chocklate. Bosozoku idiots. The government. Random 6 month reconstruction cycles our street literally got torn up for nothing and rebuilt 6 months ago. The have started again this past weekend. Coughalot - thumbs up thumbs up thumbs UP!!!

You have made my day and given me a great laugh. Soooo true! I could fill a book but just one thing that is getting to me at the moment: when my husband or anyone else makes a criticism of MY home country, I take it, consider it, and actually often agree with it. I can see many issues with the UK which are making me feel pretty sad for the future right now. I welcome fresh eyes on the UK - they can spot things we cant. HOWEVER - should I bring up an issue about Japan that pisses me off with my husband he takes it as a personal insult, gets really angry with me and then finally throws back at me the whole "You dont understand, you are not Japanese" thing.

There are, of course, many things I love about this country, but I'd like to take a moment to contribute my 2 cents. I hate university student waiters who are lacking in common sense and manners. I hate the English "education" in public schools; it does more harm than good. I hate how they always ask for you age when you apply for something what does age have anything to do with me renting a snowboard?

Rant over. All been covered already, including the lack of critical thinking, lack of common sense, antiquated ways of doing things when its obvious a better system would simplify things a million times. The continuous clatter of music, and about 3 voices shouting things out in super markets while you are trying to do your shopping. Megaphone shouting is everywhere in this country and it seems to not bother the Japanese, it's almost as if they just shut it out and pay it no notice, lucky them. When Japanese folks assume you can't understand Japanese and try to blatantly talk smack about you.

I've experienced that on a train when a bunch of Japanese ''mean girls'' were talking about how big my chest is and wondering if they were fake or real. When I answered ''Yes, they're real'' in Japanese, they looked like they rather be in Mars, than be on that train. Okay, that was actually funny :. When the ''mommy club'' gather together at Starbuck's ,start cackling like a bunch of hens in a hen house and do not control their kids. Can't I enjoy my coffee in peace? Mouf-breathers on a crowded train Ivan Cough "instead of spitting their dummies out like JapanGirl did above" It might be insulting but not sure as the English usage is rather odd.

I would like to have JT put out a question such as, "What is it that you find annoying in the country that you come from?

I have seen lots of gaijin do that, and I help them to recharge it. That is funny though. I always read what is left on mine, and decide to fill it before going on a trip.


Japan has the highest suicide rate and lowest birthrate of in industrialized country - yet the government continues to shuffle paper around, scratch it's head, claim that the " unique Japanese way" is great and deny that their culture of detachment has any issues. Ted Barrera I agree with you on the reconstruction bull. A perfectly good road, torn up and made hideously ugly with new asphalt to finish up the budget.

Your browser is outdated

Use it for something else or send it to Tohoku, they could use that money. One more thing that annoys me to beyond belief is the way parents raise their kids nowadays which is from. The standard of what passes for entertainment never ceases to astound me. For a nation of people who are so keen to profess subtlety and awareness of nuance, they're remarkable easy to entertain.

Get a studio full of bright colours and some people shouting in it, and you've got a smash. Have a little box in the corner of the screen with someone shouting "Eeeeeeeeeeeeeeeeeeeeeh? In fact, those little boxes with close-ups of the panel reacting much too intensely to the drivel on the main screen really get on my tit-end. Are the viewers so devoid of wit that they need to have when they should laugh or cry demonstrated to them?

The obvious fakeness of the tears when there's a heartwarming story of a celebrity trying to manage the ordeal of living in another country. Obviously they have to say goodbye to their hosts some time - or they wouldn't have been able to get back to the studio to "present" it.

Why does everyone have to mop their tears away and sniff when that predictable conclusion to the story is shown?

The fact that you can make a television career out of being overweight, or having bad teeth, or not wearing socks, or sticking your tongue out just a little bit as you make an asinine observation. Or counting to three, or saying "Goo" or "Gets". Or just shouting all the time. If you go to a luxury restaurant, and the chef cooks you something, it's a pretty fair bet it's going to taste good. And most people here are familiar with the concept of restaurants. Why are we expected to bay like starving morons when you take a film crew into one - every sodding night?

Things about the States I dislike: Theft is probably number 1. Had my car broken into 3 times over the years. I hate seeing a 5 foot tall woman driving around in a massive SUV all by herself.

Its just so much of a waste. Or a 5 foot tall guy for that matter. Overall too much waste in the States.

Kind of like the excessive packaging in Japan. It annoys me that pretty much any kind of food is altered "to better suit the Japanese taste," as though there is a single hive mind shared here when it comes to how you like your food. It is perfectly all right to tinker with the way people from other countries make their food so that it tastes less spicy, for example. Yet if I, with my non-Japanese palate, put a bit of Tabasco on a bowl of noodles, to make it more enjoyable for me to eat, they look at me like I've started emptying my bladder into it.

Perhaps you should sugest to him, that since you aren't Japanese, he might consider the fact that you are actually in a position to be able to be more objective about certain topics. Therefore, you might actually "understand" better. Wurthington, would it be okay if the woman or man was 5'6" or 5'10"? What about 6 feet, would that be okay?

Learn Kanji Radical 亻 - How to Read and Write Japanese

I'm with Combinibento on this one! Ivan Coughanoffalot , keep 'm coming!! As always I am enjoying Nicky Washida's honest insights too.

I would like to add that for a people as thoughtful and safe-conscious as the Japanese, the irresponsible overcrowding in subways during rush hour is mind-boggling on certain lines. It is unacceptably irresponsible--at some point an accident will happen and many more than necessary people will get injured. It's like putting 10 people in a car that fits 5 at times. I realize it is an difficult-to-circumvent problem, but cramping everybody in the train and shoganai-ing it away is NO solution.

Wurthington: Right on with the baths! So convenient to sit on one of those stools and do the beauty wash. 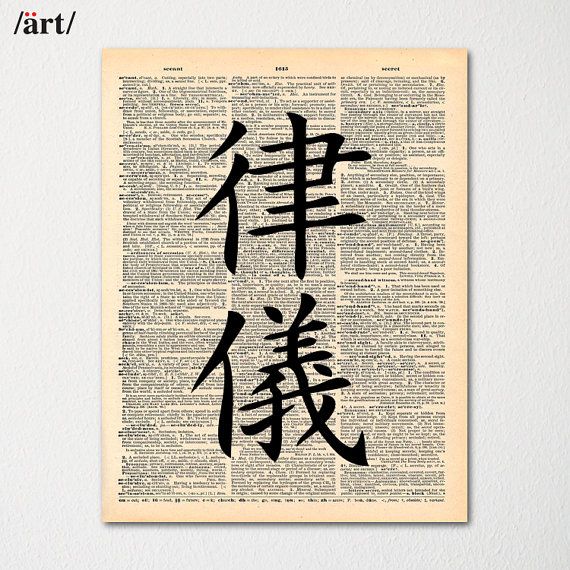 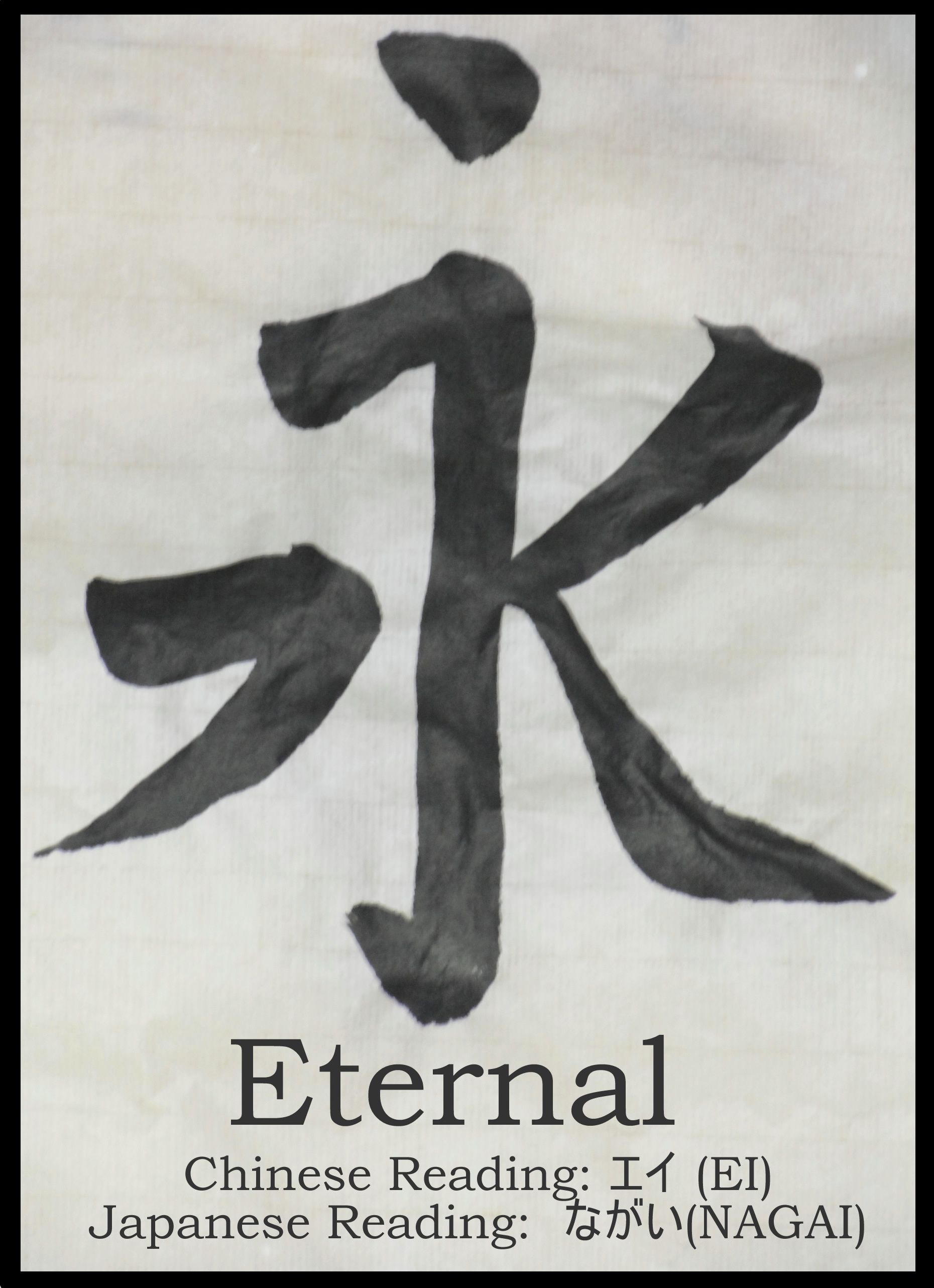